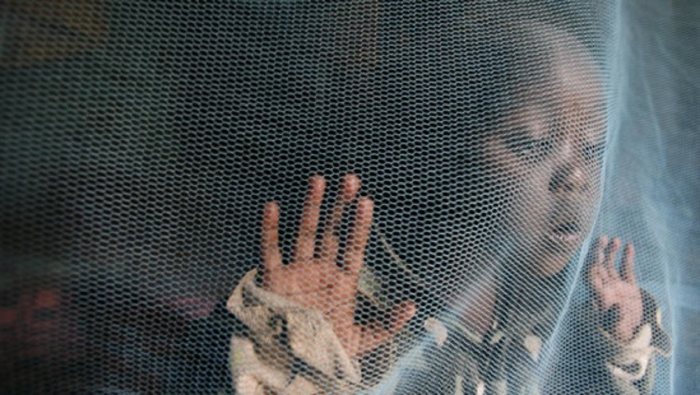 13 September 2022: Geneva (Switzeland) and Jacou (France)– The Medicines Patent Pool (MPP) and French pharmaceutical company MedinCell today announced that they have signed a licence agreement for a candidate long-acting drug formulation that could be used to fight malaria in low- and middle-income countries.

This non-exclusive licence agreement, made possible with funding to both parties from global health agency Unitaid, will enable MPP to support the identification of suitable partners for the development and commercialisation of mdc-STM, an injectable formulation of ivermectin with a three-month action-duration, using MedinCell’s BEPO® technology. Under the terms of the licence, the manufacturing can be carried out in any country worldwide, for distribution in low- and middle-income countries.

Now at a pre-clinical stage, the product is based on BEPO®, a MedinCell polymer-based injectable technology that enables the sustained release of ivermectin after a single injection administered subcutaneously at the beginning of the malaria transmission season to people living in malaria-endemic areas. Mosquitoes feeding on persons having received ivermectin injections will be killed or made less capable of transmitting malaria parasites further. Through this community-based intervention – the individual receiving the injection will not be protected against malaria directly – the number of mosquitoes will be decreased, thus benefiting the whole community by lowering the risk of transmission of malaria, particularly in children.

If proven safe, effective and acceptable, this long-acting injectable candidate could have a significant impact on transmission of malaria among vulnerable populations in high-transmission areas, in particular young children who are adversely affected.

“We are very proud to be partnering with MedinCell to accelerate the development of such paradigm-changing interventions and ensure these innovations, if proven safe and effective, are available in low- and middle-income countries as soon as possible” said Charles Gore, Executive Director of MPP.

“This long-acting technology offers an exciting new avenue in the fight against malaria, and this licence is key to allow rapid access to innovation for those who need it most.”

Malaria remains endemic in 91 countries representing 50% of the world’s population. According to WHO estimates, 241 million people were infected worldwide in 2020, 95% of them in Africa, leading to 627,000 deaths. Children under 5 are the most vulnerable, accounting for 80% of deaths from malaria.

“Collaboration and innovation are key to face major Global Health challenges, said Christophe Douat, CEO of MedinCell. Bringing together the best players to move this project forward is crucial to ensure that this innovative product based on our long-acting Injectable technology, if proven safe and effective, can have a positive impact for affected population. We are delighted to join forces with MPP which could play an essential role in enabling rapid and global access to this new complementary tool to fight the malaria scourge.”

This successful early-stage collaboration is part of Unitaid’s larger strategy to accelerate the development of affordable, quality, long-acting products for infectious diseases. As part of that work, Unitaid is funding both MedinCell to develop long-acting antimalarial products and MPP to facilitate generic production of the new technologies without delay. “In the fight against malaria, there is no time to lose. We know that, if proven safe and effective, this long-acting malaria prevention will hold tremendous potential. By supporting development and access pathways simultaneously, Unitaid is investing on all fronts to fast-track access to new malaria fighting tools,” said Dr Philippe Duneton, Executive Director of Unitaid.

The licence agreement covers all low- and middle-income countries and is royalty free in the public sector, with reasonable royalty in line with industry standards to be agreed in case there would be a private market for the licensed product in low and middle- income countries.

The Medicines Patent Pool (MPP) is a United Nations-backed public health organisation working to increase access to, and facilitate the development of, life-saving medicines for low- and middle-income countries. Through its innovative business model, MPP partners with civil society, governments, international organisations, industry, patient groups, and other stakeholders, to prioritise and license needed medicines and pool intellectual property to encourage generic manufacture and the development of new formulations.

MPP was founded by Unitaid, which continues to be MPP’s main funder. MPP’s work on access to essential medicines is also funded by the Swiss Agency for Development and Cooperation (SDC). MPP’s activities in COVID-19 are undertaken with the financial support of the Japanese Government, the French Ministry for Europe and Foreign Affairs, and SDC

MedinCell is a pharmaceutical company at premarketing stage that develops a portfolio of long-acting injectable products in various therapeutic areas by combining its proprietary BEPO® technology with active ingredients already known and marketed. Through the controlled and extended release of the active pharmaceutical ingredient, MedinCell makes medical treatments more efficient, particularly thanks to improved compliance, i.e. compliance with medical prescriptions, and to a significant reduction in the quantity of medication required as part of a one-off or chronic treatment. The BEPO® technology makes it possible to control and guarantee the regular delivery of a drug at the optimal therapeutic dose for several days, weeks or months starting from the subcutaneous or local injection of a simple deposit of a few millimeters, fully bioresorbable. MedinCell collaborate with tier one pharmaceuticals companies and foundations to improve Global Health through new therapeutic options. Based in Montpellier, MedinCell currently employs more than 150 people representing over 30 different nationalities.