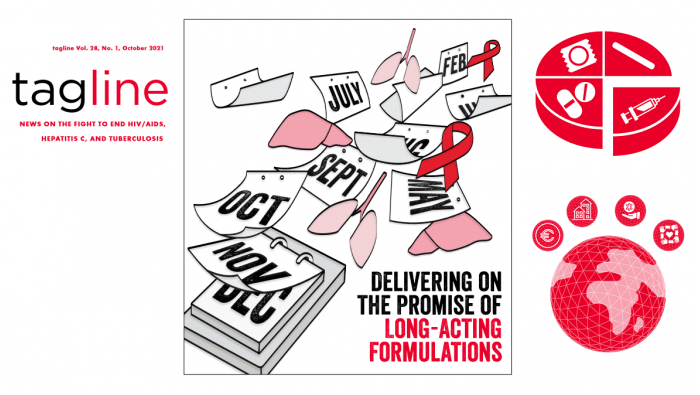 This issue of TAGline delves deep into the development of long-acting formulations for the treatment and prevention of infectious diseases like HIV, TB, hepatitis C, and malaria. Long-acting medications have become common for conditions such as osteoporosis and schizophrenia, and they’re even used for birth control. Long-acting medicines and preventives can improve adherence and facilitate care, in turn helping patient outcomes. But only if they are designed to meet the needs of the end users, and available, affordable, and accessible. These articles explores the promise — and pitfalls to avoid — of long-acting and extended release technologies for HIV, TB, hepatitis C, and malaria.

In this issue of TAGline: