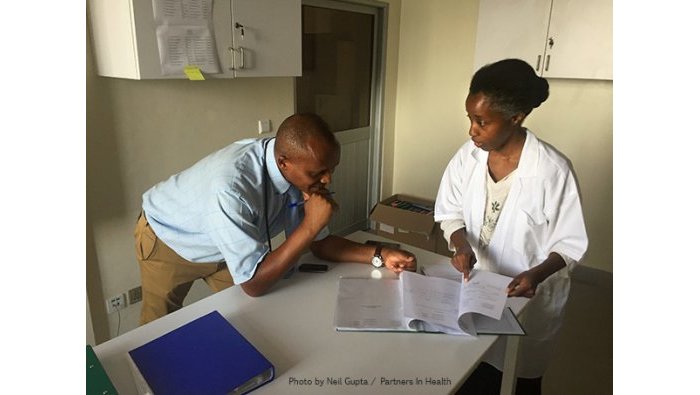 Data and surveillance of the hepatitis C virus (HCV) in sub-Saharan Africa is lacking, especially in rural areas, yet it is estimated that 20% of chronic infections occur in the region. In Rwanda’s population of 11.3 million people, there is an estimated HCV prevalence of 3.1-4.1%, and 4.9-5.7% prevalence of HCV in people living with HIV. Treatment options have expanded and direct-acting antivirals (DAAs) have been added to national treatment guidelines, with the first patients treated with sofosbuvir/ribavirin in 2015. Treatment options of sofosbuvir/ledipasvir and sofosbuvir/daclatasvir are also included. Movement towards pangenotypic regimens as second-line therapy is under consideration. However, finding and diagnosing the estimated 55,000 people with chronic HCV remains a challenge.

To develop better HCV service delivery in resource-limited settings, a partnership has been established among the Rwanda Military Hospital, the University of Rwanda, the Rwanda Biomedical Center, Stanford University, Brigham and Women’s Hospital, and Partners In Health that is helping to identify and treat 300 participants over two years. The study aims to:

In Rwanda, risk factors associated with HCV infection are thought to include older age, HIV infection, healthcare exposures through unsterilized medical equipment or transfusions, community-based tattoos or traditional healing techniques sharing of other household items, commercial sex work, or incarceration. These risk factors, though not yet well-studied or established could help with identifying and diagnosing people with hepatitis C.

Furthermore, out-of-pocket diagnostic costs can delay immediate treatment for some of the poorest people in the country. Since 2016, HCV antibody testing has been available at 15 facilities and viral load confirmatory testing is now available at nine hospitals. While HCV tests are paid for by most private insurance plans in Rwanda, as well as civil servant and military insurance, the majority of the population is covered by the national community-based health insurance. Under the community-based health insurance scheme there is a annual premium of less than $1 USD per person per year and then a 10% co-pay for services. Although coverage for HCV testing and treatment has not yet been fully determined, there is some coverage of HCV services that has been introduced for the poorest clients. DAAs have become increasingly affordable via preferential pricing offers by licensed manufacturers, at US$300-400 per month (or US$900-1200 for a 12-week course of sofosbuvir/daclatasvir or sofobuvir/ledipasvir), and insurance plans have increased their coverage to some extent. Yet despite the price reductions, testing and treatment still remain out of reach for the majority of low-income patients.

Facing these challenges, the Ministry of Health is using its existing infrastructure for the HIV response to ramp up its HCV programs. The plan for HCV includes making antibody testing available at the health center level and viral load testing at the district hospital level. The government is also leveraging public-private partnerships with both industry and academia to support technical capacity-building among providers, with the aim to have a medical provider who can prescribe DAAs at each of the 42 district health centers. Rwanda’s laboratory capacity, trained personnel, medicines supply chain, and information and reporting systems have the potential to decentralize and scale up the HCV response, giving people in remote areas an opportunity to be cured.

The HCV program in Rwanda could be a model for resource-limited settings with the right combination of a proactive Ministry of Health, the leveraging of its HIV infrastructure for the HCV response, public-private partnerships that can help fund and support program scale up, and an emphasis on community-based prevention, testing, treatment, and care.