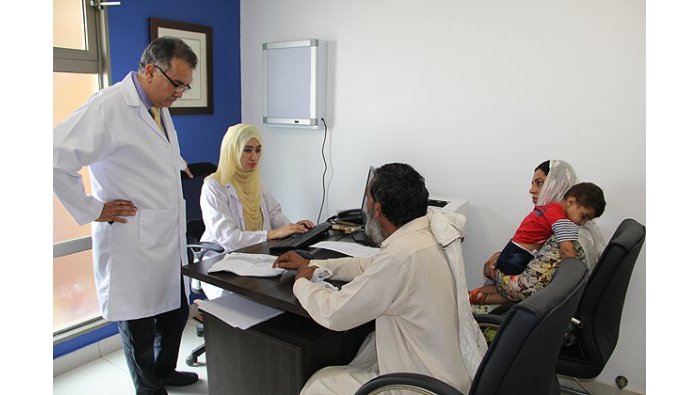 The annual World Hepatitis Summit in São Paulo, Brazil took place in November 2017 to take stock of the World Health Organization’s global health sector strategy on viral hepatitis 2016–2020. The international community called for immediate, innovative, and coherent policy interventions, backed by evidence-based research. In 2015, the viral hepatitis pandemic (largely hepatitis B and C) caused an estimated 1.4 million deaths, however, the attention and response by donors and policy-makers has been woefully inadequate. An Editorial in The Lancet draws attention to this inaction, and new data indicate that action has been fragmented and insufficient. Only 82 countries, including Pakistan, have adopted strategies to eliminate viral hepatitis by 2030.

Recently, the Government of Pakistan launched its first National Hepatitis Strategic Framework (NHSF) for 2017-2021, closely following the WHO strategy on viral hepatitis while adapting to Pakistan’s limited resources and huge disease burden. Pakistan has the second highest global burden of HCV infection, with 5% of the population living with HCV — and most people do not know their hepatitis status. By not receiving early diagnosis, the disease progresses, resulting in chronic liver disease, cirrhosis, and/or liver cancer. People’s illnesses or deaths have an economic impact on Pakistan as well, with people unable to finish their education, go to work, or contribute to the country’s economic development. The cost of treating and caring for people in the advanced stages of the disease also impacts the budget and capacity of the health system. Intravenous drug use is a major risk factor for transmission worldwide; in the case of Pakistan the reuse of and unsterilized syringes in the health sector were found to be an most important factor in driving the epidemic.

To respond to the epidemic, the Pakistan Government introduced new DAA drugs which can cure 95% of people within 2-3 months and made generic sofosbuvir available at US$15 for 400 mg – the lowest price worldwide. (Older regimens such as pegylated, standard interferon, ribavirin and first-generation of DAA drugs are in the national guidelines, but the new DAAs are recommended for their efficacy and tolerability.) As a result, the number of people receiving HCV treatment has more than doubled. Prevention of HCV has formed a cornerstone in Pakistan’s strategy, and it has also implemented wide-scale screening for hepatitis. The National Hepatitis Strategic Framework introduced a policy to ensure that syringes used in the health sector are auto-disabled, thus preventing the reuse of syringes. Now, the Government of Pakistan provides free diagnosis, treatment, care and access to new oral medicines for patients with HCV, protecting them from considerable health costs.

Despite Pakistan’s commitment and bold vision to eliminate HCV infection by 2030, the country has a long way to go. Pakistan must implement a more sustained and effective implementation of the NHSF, notably by developing an extensive monitoring and evaluation system of the NHSF, by ensuring the safety of health professionals and by making care easily accessible to even the most marginalized communities. This includes universal healthcare coverage for everyone in Pakistan.