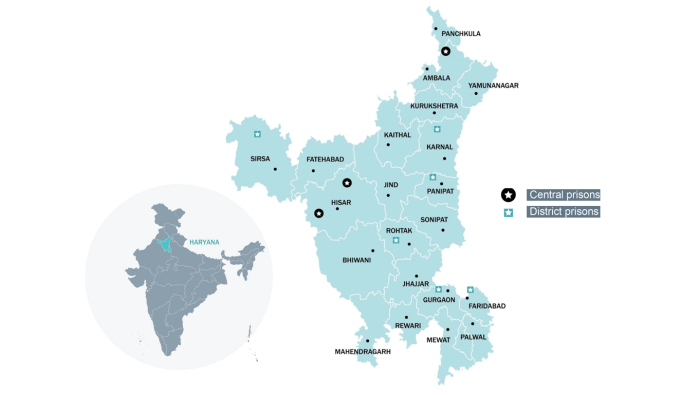 Chronic hepatitis C virus (HCV) infection is a major public health problem worldwide. In 2016, the World Health Organization launched a strategy for improving HCV prevention, testing, and treatment to achieve goals for hepatitis elimination by 2030. Currently, it is estimated that just 21% of HCV-infected individuals worldwide have been diagnosed, and 62% receive treatment. Persons who are incarcerated often have high prevalence of HCV infection. Thus, improving access to HCV services, including among individuals who are incarcerated, is critical to reach targets for HCV elimination.

In India, the estimated national prevalence rate of HCV infection is 0.32% (confidence interval: 0.28–0.36), totaling approximately 44.2 million HCV-infected persons comprising a considerable proportion of the global HCV burden. The state of Haryana has a population of approximately 25.3 million, with an estimated HCV prevalence ranging from 0.81% to 5.18%.

To provide early diagnosis and management of HCV infections, the Haryana Health Department and the Haryana Department of Prisons, in partnership with FIND, the global alliance for diagnostics, launched a program to eliminate HCV among inmates in nine prisons (three central and six district prisons) that house more than 70% (12,697) of the total prison population in Haryana.

A brief report, published in Clinical Liver Disease, describes the efforts made as part of an HCV microelimination program among prison inmates in Haryana, India that was carried out between April and December 2021.