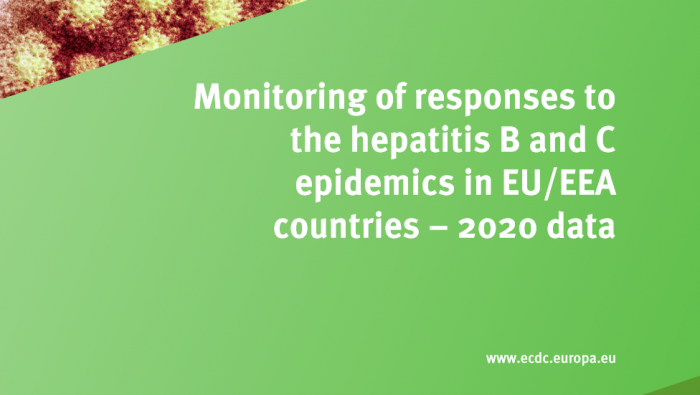 The European Centre for Disease Prevention and Control (ECDC) provides support to European Union/European Economic Area (EU/EEA) countries in monitoring their progress towards the hepatitis elimination targets and published a report based on the second data collection.

Nineteen EU/EEA countries have an action plan or a strategy for viral hepatitis prevention and control, according to a monitoring survey conducted by ECDC. Of these 19 countries, 11 reported that there was national funding for implementation.

Twenty-two countries reported that there was testing guidance for hepatitis B and/or C. However, many countries’ guidance did not include one or more of the key populations at risk for hepatitis infections.

Three countries reported that not all test costs were reimbursed, nine reported that testing was available in community-based drug service settings and 18 countries reported the existence of policies that require that hepatitis tests be performed by healthcare workers, indicating another policy area that could be revised to allow for improved accessibility of testing.

The number of countries which were able to report data related to the continuum of care for both hepatitis B and C has fallen since 2018 and significant gaps in data completeness and robustness remain. Data was collected on WHO-defined indicators as well as newly proposed continuum of care indicators. Hepatitis B virus

The estimated number of people living with chronic hepatitis B virus infection by country varied 18-fold from 183 to 3 312 per 100 000 population. However, these estimates were derived from a range of methods of varying quality and were often based on studies from before 2016.

For hepatitis B, it was not possible to assess progress towards the 2020 WHO European Region action plan targets for most of the targets due to lack of data. For the 2020 diagnosis target, four of eight countries reporting relevant data had met the 50% target and in terms of viral suppression two countries had met the target of 90% of those on treatment being virally suppressed. Hepatitis C virus

The estimated number of people living with current chronic hepatitis C virus infection by country ranged 100-fold from 24 to 2 411 per 100 000 population. These estimates were also sourced from a range of methods and most estimates were from 2018 or earlier.

For hepatitis C, data availability along the continuum of care was generally greater compared to hepatitis B, but it is still difficult to assess region-wide progress. Four of seven countries reporting relevant data achieved the 50% diagnosed target. The best progress was seen in the HCV sustained virologic response target, with ten of the eleven countries reporting data exceeding the 90% target for those achieving SVR of those treated with antiviral medications. Impact of COVID-19

The COVID-19 pandemic had wide-reaching impacts on hepatitis services in the EU/EEA region. It negatively impacted some hepatitis B and C prevention and testing services.

Most countries reported negative impacts of the pandemic on clinic visits for routine care, testing for hepatitis B virus and hepatitis C virus, and/or the provision of community-based services.

The COVID-19 pandemic did not appear to have a large impact on hepatitis B and C treatment and governmental funding for hepatitis programmes. The pandemic prompted some countries to implement new and innovative strategies, such as virtual appointments and alternative modes of medication delivery. Background information

Chronic infection with hepatitis B virus and hepatitis C virus is a major cause of chronic liver disease, cirrhosis, and hepatocellular carcinoma.

In the EU/EEA, deaths attributed to hepatitis B virus and hepatitis C virus are estimated to account for around 55% of liver cancer deaths and 45% of all deaths due to cirrhosis and other chronic liver disease.