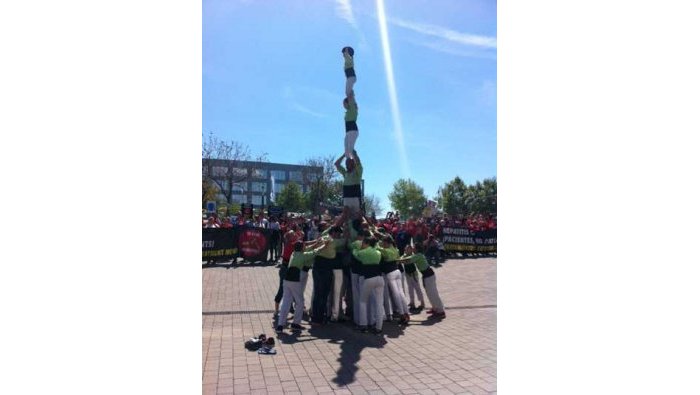 Barcelona – People with hepatitis C virus (HCV) and their allies from Spain and around the world have gathered at the International Liver Congress to protest the outrageous price of life-saving HCV medicines. They are pushing for generic competition to bring down the price of HCV treatment and ensure universal access.

“New direct-acting antivirals (DAAs) cure nearly everyone from hepatitis C − but Gilead’s greed prevents universal access to their life-saving medicines. People continue to die needlessly, while Gilead reaps billions in annual profits,” said Damián Caballero of Plataforma de Afectados por Hepatitis C. “They have already earned more than US$ 32 billion on their HCV DAAs, far more than has been invested in developing them.”

Worldwide, over 150 million people have chronic HCV and need treatment. Some already have cirrhosis and are at risk for liver failure and liver cancer. Each year, approximately 750,000 people die from HCV, although it can be quickly and safely cured with oral DAAs. But DAAs are unaffordable − or unavailable − in most countries.

With sofosbuvir (Sovaldi®), Gilead Sciences set the benchmark for scandalous pricing. Sofosbuvir was launched at US $1,000 per pill, or at least $84,000 per treatment course. Harvoni®, Gilead’s fixed-dose combination, is even more expensive. As a result, few countries are able to provide HCV treatment. In places where HCV treatment is available, Gilead’s exorbitant prices have led payers to ration. Only the sickest patients are treated, to avoid bankrupting national healthcare systems. "What all these problems, including the lack of access to treatment, show is that the system of research, development and innovation is broken and needs to be transformed," says Vanessa Lopez of Salud por Derecho.

Even in high-income countries, HCV treatment is being rationed. In Spain, more than 500,000 people have HCV, but only 40,000 have been treated. “Due to 20-year patent protection, Gilead was able to set the price for their DAAs and justify it by saying it cost less than a liver transplant. We have to break these illegitimate monopolies,” said Chloé Forette of Médecins du Monde. “Gilead’s high prices have nothing to do with the actual cost of their research and development“.

Most low- and middle-income countries − home to more than 120 million people with hepatitis C − do not have access to Gilead’s HCV treatment. Gilead claims that its voluntary licensing program provides access to 103 people million with HCV, but this is not the reality. Sofosbuvir must be registered in each country before it can be sold. Gilead has only registered sofosbuvir in 9 of the 101 so-called “access countries” where they have offered voluntary licenses. It cannot be sold in the other “access countries” until Gilead registers it.

The primary purpose of Gilead’s voluntary licensing is to control the market by preventing access to generics in countries where it can reap high profits. Gilead did not offer voluntary licenses to many countries with a high burden of HCV. “Without access to generic sofosbuvir, countries are left at Gilead’s mercy for drug pricing,” said Tracy Swan of Treatment Action Group. “In Brazil, Gilead charges more than US$ 7000 for sofosbuvir, though the country’s GNI per capita is US$ 961 per month”. [1]

Unrestricted generic competition is the most effective strategy for reducing the price of medicines. For example, a 12-week course of generic sofosbuvir is currently being sold in India for US $325. This price will continue to drop as economies of scale are achieved. Generic sofosbuvir could be mass-produced for only US $1 per pill. [2]

Countries can oppose outrageous pricing policies by invoking legal safeguards to protect public health. They can issue compulsory licenses so that they can provide affordable generic medicines. With HIV, generic competition lowered the price of antiretroviral therapy from US$ 10,000 per year to less than US$ 100 per year.

Patients and activists joined forces at the International Liver Congress to protest the lack of access to DAAs and speak out against their outrageous prices. They encourage civil society to oppose illegitimate patents that block access to HCV drugs and demand that:

Sofosbuvir is just the tip of the iceberg. New treatments for Alzheimer’s disease or cancer are likely to be rationed, due to exorbitant prices. We demand a public debate on price-setting methods for medicines, alternative financing mechanisms for research and development, transparency about the actual cost of drug development, and accountability for the public money that supports research.

[1] The World Bank defines GNI per capita as the gross national income divided by the midyear population. GNI is the sum of value added by all resident producers plus any product taxes (less subsidies) not included in the valuation of output plus net receipts of primary income (compensation of employees and property income) from abroad. 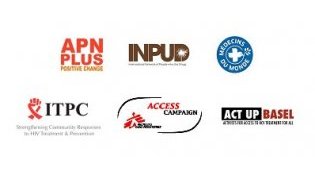 Gilead’s HCV Drug Sofosbuvir Approved by the FDA but Accessible for How Many?

On 6 Dec 2013, FDA approved Gilead’s HCV drug Sovaldi. Yet its anticipated price tag of $80,000 will ensure this drug remains out of reach for the vast majority of people with HCV. More 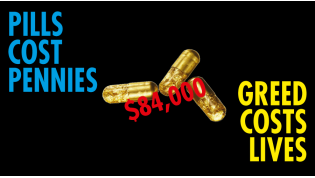 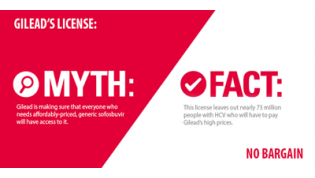 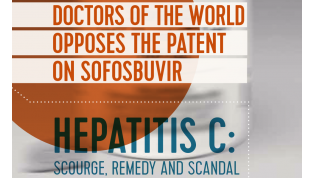 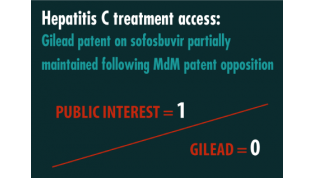