AIDS activists, including people living with HIV, people living with HCV, people who inject drugs (PWID), and their allies, are fighting for access to a new generation of HCV drugs—called direct-acting antivirals (DAAs). These drugs offer the potential to eradicate HCV; they have cured up to 100 percent of people in clinical trials.

All of the companies refused to commit to price reductions that would allow affordable access for low- and middle-income countries (LMICs), home to more than 85 percent of the 185 million people living with HCV. Even Roche and Merck, producers of older, soon-to-be-obsolete HCV drugs, refused to lower prices to affordable levels.

In high-income countries, DAA treatment costs US$140,000, although DAAs are cheap to produce. According to an analysis by academic experts, it costs less than US$250 for a 12-week DAA regimen. [1] “This level of greed is inexcusable, and keeps the cure out of reach for almost everyone who needs these drugs,” says Shiba Phurailatpam, regional coordinator of the Asia Pacific Network of People Living with HIV/AIDS (APN+).

“Most people cannot afford HCV treatment—nor can their governments,” explains Paata Sabelashvili of the Georgian Harm Reduction Network. “My government, like others in the Eastern European region, is launching a national treatment program, but astronomically high prices will limit it. How can governments and donors effectively address HCV if Pharma refuses to drop drug prices?”

The strategies currently employed by these pharmaceutical companies, that include delayed drug registration, voluntary licensing, and patient assistance programs, are less likely to facilitate better access in LMICs. “Governments should use every means available to them, including compulsory licenses, to protect public health and expand access to DAAs, even where they are patented,” said Lorena Di Giano, general coordinator of the Red Latinoamericana por el Acceso a Medicamentos (RedLAM).

We are deeply committed to strategies that allow generic production of DAAs. Access to affordable generic drugs brought down HIV drug prices from US$10,000 to under US$100, saving millions of lives. People living with HCV deserve access to treatment; they should not become hostages to Pharma greed. 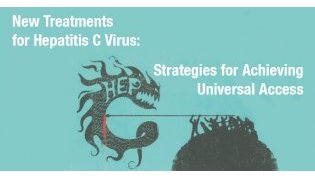 “There is no question that these treatments that can save millions of lives must be made universally available at an affordable price.” More